Judging from the photos I took these pics myself with Coolpix camera.   I realize I must manage a tripod to improve on the photos.  However you can still see what I am seeing of the Crescent Moon. 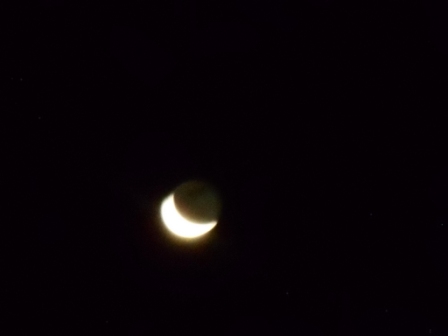 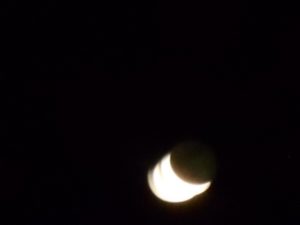 The triplicate effect is because of accidental hand movement 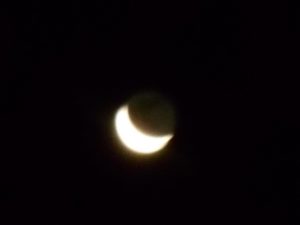 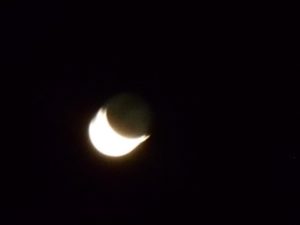 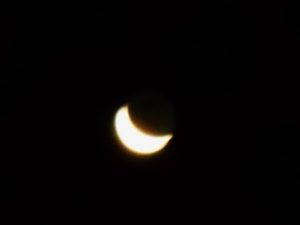 Phots taken at around 5:30am Friday July 17th.  My theory is the dividing of time has affected all cosmic beings & objects.  This moon looks like two moons one dark one light and the dark moon is eclipsing the light to make it appear crescent.

I know this goes against what the controllers tell us but they pretty much lie about anything they can.  Satan the arbitrator of all thing untrue, false, maligned, malicious and so it has induced in men a fable to tell us. Probably to make us not believe our own eyes and distrust what we see, feel, experience, and hope for.  Question EVERYTHING!

I can also tell you how to see the bulbs in the sun here.

Sidenote….I believe the giant star next to the moon people are calling Venus or Jupitor or Sirius (formerly Serus I think) the new brightest star in the sky appearing in 2017 approximately for the first time is actually the RED KACHINA prophesied by the Hopi and the Mayan Indians long ago.  Also the Blue Kachina his sister dances in the sky.  If you watch the flashing star a little smaller than Red Kachina you will see it moves all around and also shows it has wings of an angel.  While Red Kachina looks like a wheel within a wheel just like the story in Ezekiel of when he departed by craft of some sort. You can see the photos of Red Kachina the wheel within a wheel on Gina Maria Colvin Hill’s YouTube channel.  I believe her photos are real because I have seen the two Kachina stars in binoculars many times.  Granted, I do not agree with her info or interpretation of stars but her photos are stellar.  As I said I think one is an angel with wings and the other is a wheel within a wheel.