“The Slave Owner Saw You On The Other Side of Your TV Screen and So He Did Buy You from the Bayou.”

With camera’s and microphones on every TV in the land and with wifi pumping through the cities many TV’s are online at all times.  Turn the TV off and the camera and microphone are still on.  The wifi can still work and the TV has a battery in it for this express reason.

Your TV may be equipped with internal mic and camera says CNBC.

How they watch and track you.

The elite pay dearly to watch the debt slaves going too and fro in their day to day lives.   The Tv cameras are up and the rich men who are in the know and have the morals of a 18th century slave trader watch and listen.

The men and woman of high standing who buy the keys to the mass cameras and microphones on TV’s of the slaves entertain themselves by live feed of the unknowing masses.  No matter what our doing, all they need is enough light on you and a clear shot to watch you anywhere you have a TV.  For this they pay dearly.  But, what’s money to those who have an endless supply of it.

This particular elite man is very rich indeed.  He has several slaves and he owns the buildings to lock them up if need be.  If slaves do not behave they are punished.  They are beaten down and shown who is boss.  And if they are not tempered and cannot be tamed they will be sold or killed.

Some elite prefer the “fighter slaves” they desire these types more than the submissive and fearful.  The want to see the courageous fighters who defy the norms in resilience and temperament.  They want to see those who take their power seriously in the face of danger.  We slaves know not how we would respond to trauma.  We know not until we are put in such situations.  And none of us want to be in such a state of bondage.  For being a debt slave by laws of oppression and limitation is bad enough.  Living in a world that tells us we are free while fascism is the dominant law is a clear deception.  And many believe no MOST believe they are free while they struggle to put food on the table for their loved ones. They cry freedom while every self sustaining knowledge of sustenance and independence is pulled from their minds.  They are deceived in the worst way.

Born to be Debt Slaves

The production of their own foods and medicines by planting and harvesting is educated out of the slaves o a mass scaled.  Therefore they are dependent upon the masters for their very survival.  Yet the slave traders laugh and mock the slaves because it is trickery that has taken their knowledge of farming.  It is the TV that has taught them that self sufficiency is brutal and undesirable.  See the farmer starve and struggle.  See the farmer fail and fail at growing his own food.  You will not watch a farmer on any movie in his successes of self sufficiency and independence.  It is forbidden.

By movies and TV of struggling farmers seen over and over and over they learn without a knowledge that they are learning.  The slaves are taught by the TV far more effectively than any school room of oppressive and demeaning indoctrinations of slavery.

Back to the TV slave trade.  A man desires one slave which he has watched on the cam for some time.   He inquires of her price to those who sell slaves.  It all happens online.  He never sees the name of the seller.  Just a price for the slave and a place to send the money if he agree with the price.

The Rules/laws of Purchase

The shipping fees for a sold slave are very steep.  Shipping a live body and keeping it alive and secret is no easy task for the elite slave traders.  However they are brilliantly evil and diabolically proud and secure in their methods with the confidence of a gladiator and tyrannical methodology carried out with the micro precision of a gene splicer.  This slave woman will not be damaged or freed.  She is doomed to take her residence as whatever the buyer has in store for her. 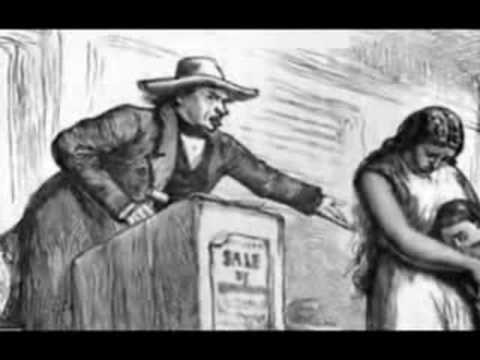 Slave traders do not sell to anyone until they have made certain that the buyer has the facilities to house the slave without degradation or fear of legality.  Meaning the trader must be certain the buyer is both savvy and equipped to control his purchase of 120 pounds of flesh.

If the product is damaged the buyer will not accept it and be refunded of his money x two for his trouble.  How much money?  Perhaps from thousands to millions depending on slave status and purity.  Some slaves are sold for their organs while others for their service.

Transporting A Slave by Courier

There can be no other way.  The transport, or shipping of the product must be by courier.  There can be no other way.  The elite are not poor Mexican immigrant transporters who pack a van or train full of men woman and children who want to work the fields for pay. Oh no these slave traders are of an elite style selling flesh into the millions of dollars even for one virgin child.  Perhaps certain colors and styles fetch a better price. Certain difficulties during obduction, rather certain obstacles that are foreseen in the abduction of the slave can make the price go up.  Security is an issue.  Health is an issue.  but mostly age and appearance are how they price the slaves.

How does one elite bloodline come to claim ownership of a quadrant of land and all that is upon it?

Birth certificates and social security cards show who owns which slave.  Its that simple.  If you had the list of owners and knew their numbers you could trace he who believes he owns your flesh.  But to buy and sell your flesh is no longer enough for these blue blooded owners.  When the mark of the beast has come into fruition they will have developed a way to own also your soul.

The Mark of the Beast

If you take the mark of the beast you hand your soul to Satan who in turn hand it to the elite.  Do not take the mark.  It must, I repeat MUST be by free choice.  The vaccinations to come and moreover the ID 2020 marks and the implant or tattoo to buy and sell that goes on the right hand will be a choice otherwise, it would not be valid to steal your soul.  You will give up your soul freely just as you put the mask on freely in subservience to the beast.  To defy the mask is a prerequisite of defying the mark.  Oh sure they say its mandatory.  But you have the power to say “no, I have a pre existing condition” that is all it takes to defy the mask laws.

“God will make a way where there seems to be no way.”

I Assure you by my experience when the world & corporations say “mandatory” it doesn’t mean “mandatory” at all.  Mandatory means “by choice”.

When those with the mark of the beast stand before God The Father and claim “they made me put on the mask and take the mark!” Jesus will ask, “Did someone hold you down and force you to take both the mark and wear the mask?”  How will you answer?

But how will you survive?  Start an online business you will be able to  buy and sell online as long as you are not in the presence of other humans.  This is how medical tyranny works. Its best even to live alone so they cannot accuse you of passing a virus.  However this isn’t always possible.  It will get sticky but “God will make a way where there seems to be no way.”  Of this I am certain.

The abductor and the courier are sometimes one in the same.  Shipping of an expensive human slave involves an abduction and a courier.  Therefor first the strong man must be willing to make a stake and give a price for shipping by investigating the slaves daily activities.  If he accepts the job he will be required to keep the slave in good, healthy, untraumatized condition.  The slave must be in tact both emotionally and physically after shipping.  If the slave is to be abused it will only be permitted by the owner/purchaser of the slave and that is after the slave is delivered unto the owner.

The abductor blind folds and captures the slave by drugging him and putting him into either sleep or stupor.  This makes him easily transported.  The courier must not over medicate or under medicate the slave lest problems occur.

The slave is delivered and put into captivity.  Then after a two day adjustment to surroundings the slave can be re oriented to be used in whatever way the owner does so please whether it be for brutality or for sensuality weather for intellect or for entertainment, for sick perversions or for unforeseen experiments anything goes.  Some men are brutal, others show mercy.

This is the way of the slave trade and its terrifying.

Cover your TV with a towel and pray you never fall into the hands of a slave trader or a buyer who is diabolically sick.

Pray God you be not deceived and protect from the mark of the beast that is to come very soon.