“Even in an emergency, the authority of the government is not unfettered. The liberties protected by the Constitution are not FAIR WEATHER FREEDOMS in place when times are good but able to be cast aside in times of trouble.

There is no question that this Country has faced, and will face emergencies of every sort. But the solutions to a national crisis can NEVER be permitted to supersede the commitment of individual liberty that stands as the foundation of the American experiment.

The Constitution cannot accept the concept of ‘a new normal’ where the basic liberties of the people can be subordinated to open ended emergency mitigation measures. But rather The constitution sets certain lines that may not be crossed, even in an emergency.” 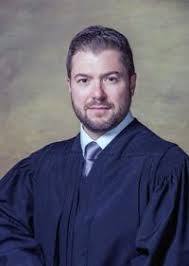 Since when is America an EXPERIEMENT? wth?  Obviously by calling America an “experiment” this judge is playing a part.  My guess is he is already owned by the beast and the beast has their controlled opposition.  By owning both sides they can ultimately federally and legally find for the benefits of big pharma….again.

UNFORTUNATELY THERE IS AN APPEAL BY NAZI-STYLE MANDATE WEILDING GOVENORS WHO ARE MOST APPARENTLY OWNED BY CORPARATE TYRANTS.  Follow the money. Just see who benefits financially by mandates and you will see cold hearted motives at play.

I fear that the antichrist will be ushered in by the power of the corporations and they will not lose the appeal…at least not yet.

Oh but look out, for those who believe they are bulletproof and above both reproach and justice, those who make no bones about harming the innocent and oppressing the masses.  Those who use demoralization of children as a weapon for controlling future adults will answer to their actions.

The culprits of tyranny WILL FACE THE JUDGEMENT OF GOD AND THEY WILL BE HANDED OVER TO THEIR FATHER WHOM THEY NOW SERVE.  The wolf’s & goats have chosen their daddy and it ain’t Jesus or Our Father The Creator.  The servant’s of the beast serve the fallen and the god’s of this world.  As for this “Stick Man” lawyer turned judge, he is an actor and puppet placed by the ruling elite hence the name “stick man”.  By controlled opposition they portray to the slaves the false freedom of choice.

Pennsylvania’s Gov. Tom Wolf does not intend to let a federal judge shoot down his orders aimed at containing the spread of COVID-19 without putting up a fight.  You can see the rest of the info at https://www.ballardspahr.com/alertspublications/legalalerts/2020-09-15-federal-judge-strikes-down-key-covid-19-orders-in-pa

Wolf the Nazi-ish servant to the beast sporting his MUZZLE of lies and medical tyranny makes clear whom he serves.   By wearing the “speak & expose no truth” mask his allegiance to the beast/corporate power & money are clear.