The Corona phenomenon a violet glow, and hissing noise plus a production of ozone gas in an overhead transmission line is known as corona discharge.

The “HISS” of a Serpent No Less 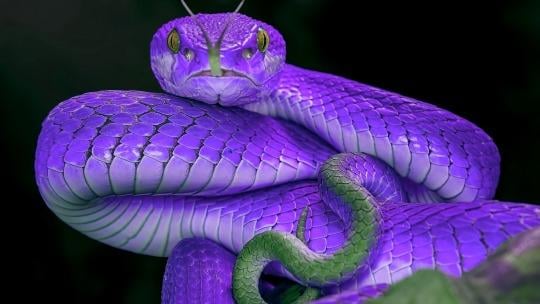 Here is link to a very long and very technical article about what Corona discharge (C.D.) is. This article is a synopsis of the longer article.

Corona Discharges create purple light flashes and a hissing sound if your close to it.

What is Corona Discharge?

What is a Corona Electrical Discharge?

Corona is a stream of charged particles such as electrons and ions that is accelerated by an electric field. It is generated when a space gap filled with air or other gases is subjected to a sufficiently high voltage to set up a chain reaction of high-velocity particle collisions with neutral molecules resulting in the generation of more ions.

The Corona Discharge phenomena can happen by electrical energy either naturally such as in the sun or by atmosphere mixed with man made electrical devices.   Corona discharge by devices like industrial air washers, electrostatic precipitators, and more importantly electric power lines.

Scroll past the link to Read a condensed version of the long article.

Can We Smell Ozone from Corona Discharge?

Ozone’s odor is reminiscent of chlorine, and detectable by many people at concentrations of as little as 0.1 ppm in air. Ozone’s O3 structure was determined in 1865. The molecule was later proven to have a bent structure and to be diamagnetic.  Side note:  They make ozone censors for C.D. Ozone detection monitors for use at water treatment plants and at other sites of controlled ozone use.

Again I am saying that I believe (and I could be wrong) these corona discharges causing ozone are occurring now in our environment and will be increasing dramatically over time. Hence the corona virus cover-up.  They give the people the worthless masks to make them feel safe and warm.  Hence, not panic or kayos from the masses.  Just think how people would react if you told them that the very fiber of their oxygen and environment is going to hell in hand basket.   This C.D. theory relates to the plasma event that Mia’s new pair of glasses on YouTube and her partner cover. 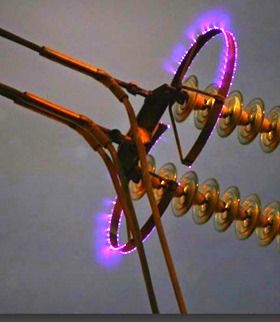 Obviously I started the Corona rabbit trail because of the name given I do not believe the vye russ chatter.  But the elite often leave us bread crumbs of truth in plain sight.

I found out that C.D.’s when causing the hiss and the purple flash also emit Ozone.  Not the good natural kind of ozone.  But rather ozone that causes pulmonary problems and symptoms …..wait for it…exactly like the alleged Corona Vye Russ. (see original article for ozone info).

Confirming Dream of Corona Discharge is on the Original Article

that the discharges are now happening world wide with power lines and other powerful electrical components and devices/cell towers/etc because of the changes in our atmosphere.  Power line electricians take precise precautions so these C. discharges do not happen but what I saw tonight made me write this article synopsis now.

Tonight I Saw What Looked Like Purple Heat Lightening

I walked out my door and there was a white flash.  I walked out further, looked at the sky and there was a purple flash that was somewhat like heat lightening that filled the sky.  Except there was no regular lightening.  And it was purple light.  I held my breath (so as not to breath the ozone just in case) and ran into the house.

Our Atmosphere Is Changing

However my belief is that our atmosphere has changed dramatically as of late so much so that the powers that be would have to modify every electrical device far and wide to prevent them from occurring and they cannot.  They simply do not have the resources to fix this.  Plus its a great way for them to fulfill their agendas of depopulation to their happy 500,000 on earth.

The elite may have been the ones who changed our atmosphere with their DEW (directed energy weapons) and all the other MIC (military industrial complex) EMF (electromagnetic frequency) weaponry and weather modification devices and on and on to infinity go their mad scientist destructive earth killer technologies.

Link to comment below, “Thicker wires will heat up less for a given amount of current, increasing the carrying capacity of the circuit. One solution to increasing the effective thickness of a conductor is to “bundle” several conductors a few inches apart from one another, allowing for a larger increase in current for less cost than a conductor that is simply double the size.”

Minimizing corona discharge is the main reason for bundling conductors, since the electric field isn’t as “sharp” around the wire. This is fairly crucial when dealing with very high voltages. (300 KV or higher typically is where one starts seeing bundled conductors. Though, some installers starts earlier for various reasons.)”

And Finally the Song I Relate to this Premonition of Theory

The decode applies more to 5g however its a similar animal.