My dream-Last night in a dream I spoke with the god of war.  He said, “men don’t need peace, they need war.”  I thought to myself…I have been in spiritual warfare for so long I am comfortable in it.  Just as men who do tour after tour get comfortable in it and then they are bored as hell when that purpose is taken and they come home.  Nevertheless a new purpose can grow.  A better purpose. 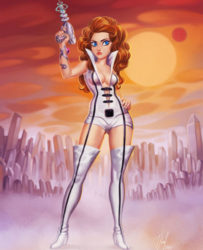 Miss Dana puts out another ground breaking video —a must see for all Americans.

Do the tactics of mind control listed below sound familiar?  Isn’t this happening in the whole world right now?  Two years and running…

This list directly reflects the original chart, it has not been changed to fit the domestic abuse context.  Method Effect and Purpose Variants

Deprives victim of all social support of their ability to resist.
Develops an intense concern with self (this could be home environment)

Fixes attention upon immediate predicament.  Eliminates information not in  compliance with demands.

Punishes independence and /or resistance.

Biderman’s Chart of Coercion originated from Albert Biderman’s study of Chinese psychological torture of American prisoners of war during the Korean War.