…But it wasn’t the BULLET that laid him to rest…
Was the Low Spark of High Heeled Boys….high heeled boys! 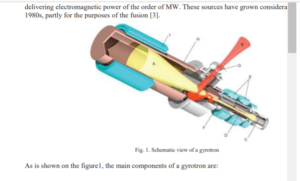 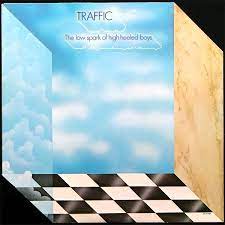 If you like this song decode you may want to see my ground breaking EMF CV article here.

For those who were not alive in the 70s “Traffic” is the band who preformed the song.  “Low Spark of High Heeled Boys“.  Its Low spark of high heeled boys is the title song on the that album.  Very good music came out of the 70s.  We were blessed with prophecy in music for ten years continuous.  1972 to 1975 mainly.

Bands like Led Zepplin and Writers like Bob Dylan (spiritual prophecy) were telling us what was coming.  And granted Bob was wanting for voice but his lyrics were unparalleled.  Whoever put out the prophecy music likely planned it that way hoping few would get it.  There was a reluctance that said “here is the truth but don’t hear it.”

Wind of Change by Scorpions was the closest anybody could come to the brilliance of Led Zepplin come 80s.  REO was not bad.  But shallow.  And “Wind of Change” (decode end of cold war on TV picture show) was just one song for the entire 70s.  White Snake was on the right track but to no avail.

“See we told them secret TRUTH and they still didn’t get it!  See how stupid the masses are?”  Why do people Love Bob Dylan?  His voice is screeching.  Same reason I Love his music!  ITS TRUTH.

Once the 80s hit it was SUCK music.  Someone turned the switch off of minstrel sanity and brilliance by writers went down the pipe drain.   It was time for the pish posh of Madonna, Africa, Rick Springfield at best.  And the worst of the absolute worst music years in history ensued.

Scorpions & White Snake were high end in the 80s.  Hall and Oates was a stretch for calling it “good music”.  But we listened because it was the best the radio had to offer at that time.

Not too long after the 70s stations came out isolating only certain hits and leaving out the brilliance of prophecy Truth in music.  You had your chance to join our club of knowledge hoarders says the serpent to the lamb.

High Heeled Boys are the current ruling Beast system people & entities who brought into and continue to bring into real time the end of days.   As prophesied.  The High Heeled Boys fight to rule and to defy the coming age of Jesus.  The 1,000 years of peace.   And they make weapons to kill Him at His return.  It is by their struggle they are bringing into existence the very things they thought to destroy.  God’s irony is unequalled.

“But today you just read that the man was shot dead
By a gun that didn’t make any noise
But it wasn’t the bullet that laid him to rest was
The low spark of high-heeled boys.”

“Many are called few are chosen”.

Did I mention the checker board square symbolism album cover?   Symbolism, along with the “high heeled boys” statement of being cross-dressing men or transgender.   This transgender promotion began in the 70s and went full bore after 2012.

If you see something that looks like a star
And it’s shooting up out of the ground—Radiation EMF (5g) causes the eyes human eye to see sparks and flashes when targeted by DEW *directed energy weapons or around high levels of radiation.
And your head is spinning from a loud guitar
And you just can’t escape from the sound-EMF in the GHZ as crowd control directed energy weapons cause extreme ear ringing/buzzing electrical skin feeling burning.
Don’t worry too much, it’ll happen to you–This is a threat
We were children once, playing with toys-They are not playing anymore. 2023.  They have been at this emf since the radiation towers were erected.  Spewing radio waves in the 40s.  Now they know damn well what they are doing with their fun power and have perfected the invisible death ray.

The percentage you’re paying is too high priced-Food, gas prices off the charts.  Interest rates soar as the masses are run through the financial oppressive system of loans.

While you’re living beyond all your means-CREDIT. They say there are too many of us while they push consumerism on us via mind control TV.  Image of the beast is TV.   They can blame us for destroying the Earth with their plastics.

And the man in the suit has just bought a new car
From the profit he’s made on your dreams-The bankers rule & crush the debt slaves by manipulation of a fake American Dream.  You have to be asleep to attain it.

But today you just read that the man was shot dead
By a gun that didn’t make any noise
But it wasn’t the bullet that laid him to rest was
The low spark of high-heeled boys–Very revealing verse.  This line is most likely going to happen literally.  They will reveal their silent invisible weapons to those who are sleeping.   Why? So they will fear.(metal blocks emf-think microwave ovens).

If you had just a minute to breathe,  Like the CV19, microwave weapons hinder breathing especially at the 60ghz frequencies.)

and they granted you one final wish
Would you ask for something like another chance? (Mocking Satan is a mocker)
Or something similar as this?

Don’t worry too much
It’ll happen to you as sure as your sorrows are joys-“Count it joy when you have sorrows…” –bible.  We must allow our heart to be expressed.  Most shut down their heart by their intellect due to beast system drauma based programming.  The line is a threat the controllers plan all things by design they orchestrate and are meticulous.  It appears they are very smart & diabolical.  The people react to the TV news by Hegelian dialectic & pre programming in movies and tv shows.  This is mind control.  These high heeled men are puppeteers quite literally.   And we, not looking for an enemy have become puppets. The more carnal (less spiritual) we are the more controlled.  They use emotion and survival instincts along with wifi downloads and false history downloads.  Thats right straight to your brain you receive false memories IF you don’t wear the belt of Truth (armor of God) and few do wear it.  See The Serpents Wheel  1 & S.W. 2
And the thing that disturbs you is only the sound of
The low spark of high-heeled boys With EMF all you know is your ears are ringing.
If I gave you everything that I owned and asked for nothing in return
Would you do the same for me as I would for you?  They judge us by their own heart and by their own generational brain washing, mind control on another level.
Or take me for a ride, and strip me of everything including my pride
But spirit is something that no one destroys-They must see us as the enemy.
And the sound that I’m hearing is only the sound
The low spark of high-heeled boys-Will the same emf weapons be used on them?  Yes many of the elite will also die in the great tribulation with or without their underground bunkers.

Must see this ground breaking article relating to the EMF topic.