What would our world look like if Gates of Hell was a germiphobe and was running the world & media?  Have you ever obsessed over just how broken everything in this world is?

Have you recognized that obsession over getting one’s house in order  is a thing?  Now imagine that same pattern of dysfunction in the hands of a group of maniacs with more money than god.  And more power than all the banks combined.  That is what we are dealing with in the world.  A very few people with WAY TOO MUCH FUCKING POWER.  The few who propped up Mr. Billy Goat picture show as their poster boy. 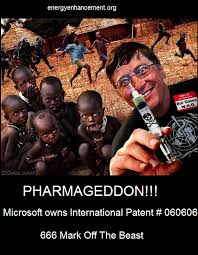 Surely you have felt the inclination to clean up your world.  “If I get everything in order, cleaned, fit, new, and right…THEN I WILL BE HAPPY!  Then I will have control over the fear of death.  The fear of death, the mother of all fears.   And the place where all emotional dysfunction nests and breeds.

Oh sure, I know well my emotional patterns of dysfunction by obsessive compulsive control.  There’s ALWAYS going to be something OUT-OF-THE-BOX. (persay)  I can never get everything where it needs to be.  Especially now that money is so tight.

Now imagine your worst day of reactions to the fear of death…but on steroids.  Imagine the need to CONTROL ALL OF MANKIND.  To the powers that be its humans that are the problem.  Humans are the dirt that needs vigorously mopped up and thrown into the the red letter labelled ‘hazardous waste container.’ 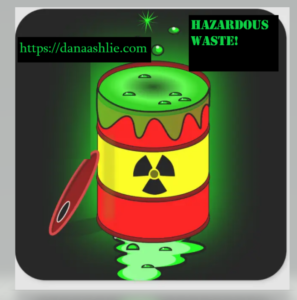 Gates of Hell is a product of the Image of the Beast (TV).  It is those W.H.O (pun intended) he represents who are the problem with this world.  Are they germaphobes?  Doubtful.

The they’s control the masses using fear tactics.  The germaphobe technique is just another fear play pushed unto the masses.  Especially since education in the mid 90s which produced the anti bacterial hand poison age of students.  I suppose the induced trauma to fear our own good bacteria (which by the way is our immune system) was the plan of the beast.

The Beast system screwed humanity when we they educated us into trading grocery stores for farming & gardening.  When we traded bartering for buying and God/Earth as our provider for money.  Then being dependent on money to live rather than dependency on Earth/God it was not wonder money became our god.

But anyway, Billy Goat Gates of Hell whose mama’s name happens to be “Mary” is likely just a Hollywood production.  He is a picture show placed on the worlds stage.  Yes I know they say he is buying up all the farmland on the face of the Earth (GOD FORBID).  But really it’s the “THEY” who think they own God’s Earth.  Behind Gates is War-on chinese Buffet (code) the renowned Prophet.  Oracle of Omaha I call him….a false prophet due to his owning the financial systems which he predicts. (him or whoever the puppeteer represents.)

God Gave His Children the Earth to Enjoy

God gave us the Earth, the little guys.  But now the corporate evil bastards have stolen nearly everything on Earth and the want the cattle dead or enslaved.  The entities called corporations are single handedly destroying all that is natural and good on Earth.

These bastards have the audacity to usurp God Almighty Creator of Heaven and of Earth.  They WILL answer for their lethal actions toward human kind.

The food companies are first in line for God’s wrath.  The media is next.  The destroyers of life shall stand in judgement.  The abusers of the innocent will not escape His judgement.

“If there is a God Creator as you say, then WHY oh WHY has He allowed evil to prosper and take over Earth?”

Guess what?  I have the answers for this question but most may not believe or like them.

Free will is given to mankind for one reason.  Each man woman and child are on Earth as a stage of human Creation.  This is our spiritual stage of creation.  Here we choose our eternal homes.  Here by our free will we decide where we want to live our eternity.  Even if we choose death of the soul in the lake of fire, still we choose.

What did Jesus say?  “It would have been better if they were hot or cold toward God.  But since they are luke warm He spews them out.”  Hell isn’t all of what people make it out to be.  Hell is the eternal home for those who choose and prefer darkness over light.  That is their choice.

Its those who make no commitment to either light or darkness who may be in danger spiritually.  “The meek shall inherit the Earth”.  Some of these lukewarm may be the “meek”. And so they will have the New Earth as their home.

The lake of fire destroys the human soul.  It is the “Mordor” of the soul.

But that’s not what the bible reads!  We have other sources of our spiritual knowledge separate from the fallen Bible.  We rely on God and His Holy Spirit over the book.  To put the bible above God in this day and age is a detriment to Truth.  Bibles have easily become the worlds worst idol.  Next to the image of the beast’s stars, actors, and players & money.

The bible is now a juggernaut.   It contains small & big Truth (That Jesus is the Truth The Life and the Way). It contains Big besetting Lies & small lies.

The Bible is the huge wagon wheel that crushed the worshipper as he ran with his good intentions praising, worshipping beside the large Jesus statue on the wagon.   The religious man was zealous & eager as the very religious artifact he put ahead of God crushed him.

The procession parade was the religious man’s demise.  Because he was deceived.  He worshipped the statue instead of God.  He delighted in the creation over the Creator.   He was lost and never really knew Jesus personally.  For to know Jesus personally requires diligence and transparency in seeking Him.  Truth & desperations are key.