FOR SCREWING WITH MOTHER NATURE.

“God created men upright, but they have sought out many vices.”  Original scripture was in Proverbs. 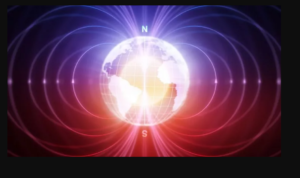 Record Breaking Magnetic Field 50 Million Times Stronger Than Earth’s Created by Scientists who never ask “should we” but only ask “can we” and then do.  Source1

“The team, responsible from the University of Tokyo, generated a magnetic field reaching 1,200 tesla. Of course “Gates of hell” is involved the funding.

To put that into perspective, the magnets in the Large Hadron Collider at CERN measure eight tesla, while Earth’s magnetic field is between 0.25 to 0.65 (Earth 7 hertz extremely low) gauss—one tesla is the same as 10,000 gauss.

(Keep in mind the way they keep the people confused is by using 6 different units of measure for the same type energy.  See emf safety measures.

I assure you.  You can bet your ass the bastards who are in charge of explaining electromagnetic events and measurements are wording it as confusing as they can JUST TO MAKE THE REGULAR GUY FEEL STUPID, TAKE TOO MUCH OF HIS TIME UP TO LEARN IT, AND TO STOP THE REGULAR GUY FROM LEARNING OR UNDERSTANDING ITS IMPORTANCE AT ALL.

Know them by who they show you they are.  How do I know?  Because of the MANY units of measure they attach to one type of energy.  The one’s in charge of teaching are “The Authors of Confusion”.  They can make 1+1 into an impossible calculation just by changing our vocabulary.

What is 1 ab volt?
One abvolt is the difference in electric potential equal to exactly 10 nanovolts. One abvolt is equal to the potential difference that would move one abampere of current against one abohm of resistance. The abvolt is a centimeter-gram-second (CGS) electrostatic unit of voltage.

Human bodies are not intended to endure strong unnatural emf.  Turn off the wifi and the cell phone signals.

This invention of theirs allegedly millions of times stronger emf than that of CERN or Earth’s magnetic field is dangerous to nature and toxic to humans.

It may be the cause of the Mandela effects.  Granted the M.E. is, I believe an end of days sign & wonder.  No matter how it came to be.  Ultimately “All things are of God.”  The good bad paradigm becomes skewed by spiritual awareness.  How?  Evil is playing into God’s hands ultimately.

Common sense dictates that MANKIND SOULD NOT make a magnetic PULL & FIELD  on Earth larger & stronger than Earths own field.   Throw Earth’s balance to the wind say the NAZI’s.    No wonder Earth is way off balance.  Its as if they want to destroy our habitat at any cost.  Or they are so desperate to destroy God at His return that they will go to any length to do so.  I had no idea this abomination was invented in 2018.

Source-Newsweek Article at this Link.

Here’s my take on this massive controlled EMF plasma field invention.   Its powerful enough to knock reality sideways.  And possibly envelope & drag the planets around space.  Or its just another lying fairy tale from the father of lies.

The Dream that took me to this new info

Believe it or not…Jazweeh had a dream that pointed her to this article.  How?  Here the drawing its elementary.   She saw a massive orange plasma cloud rising from the ground.  It went up and surrounded the Sun.  It grabbed the sun like a raindrop grabs a piece of glitter and envelopes it.  Then the powerful radiation grabbing plasma cloud started descending to Earth with the Sun.

It lowered the Sun to Earth level just above our heads.  The rest of the dream showed people applauding the action.  However Jazweeh was angry.  She screamed “its a hoax!”  Then she screamed “alien deception”.  She said that the dream showed the actual dimensional lines of measure within this plasma cloud.   Never has she had a mathematical dream.  It was bizarre!

She doesn’t know if this was implanted by an emf dream or if it was from God.  The James Webb space telescope looks more like a device that would project the plasma cloud. 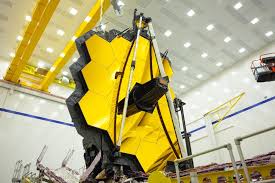 More will be reveled.

Sidenote-NASA touts that Hubble a 30 years old relic is their best ever telescope.  I find that hard to believe since 30 years ago…tech was very different.  First conceived in the 1940s and initially called the Large Space Telescope, the Hubble Space Telescope took decades of planning and research before it launched on April 24, 1990.

LETS FACE IT.  THE PEOPLE IN CHARGE OF EARTH LIE LIKE HELL.  Showing stuff in plain sight but rarely offering 100% truth about any topic.

“The team, from the University of Tokyo, generated a magnetic field reaching 1,200 tesla. To put that into perspective, the magnets in the Large Hadron Collider at CERN measure eight tesla, while Earth’s magnetic field is between 0.25 to 0.65 gauss—one tesla is the same as 10,000 gauss.

Far larger magnetic fields have been created outdoors using chemical explosives, but these are not much use when it comes to carrying out controlled experiments in a stable, indoor environment. In their study, published in Review of Scientific Instruments, the team generated the magnetic field using the “electromagnetic flux-compression (EMFC) technique.” This involves a metal cylinder being accelerated with a magnetic force until it undergoes a high-speed implosion. Initially, a seed magnetic field is generated. This is then compressed by the implosion into a small space, creating the strong magnetic field. The 100 million degree plasma created in the process must be suspended inside a reactor, but as soon as the plasma touches the reactor wall the temperature drops and fusion is no longer possible.

As a result there must be a cushion separating the reactor wall and the plasma—and this cushion is an intense magnetic field. The newly developed machine could, in principle, be used to to create the magnetic field—although Takeyam says there are no plans to apply their findings to plasma science at the moment.”

One Reply to “Move Over CERN “Electromagnetic Flux Takes the Cake…”