The Earth Is In For Big Changes 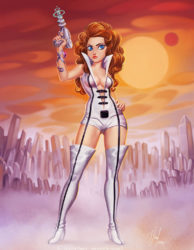 Please, repentance still works and also not all genome therapy takes hold first trip.  That is proven.  Sometimes nurture wins out over nature. Nature being the back scene devices entering your cell’s nucleus.  But not only that.  Also some people’s immune system can stop the genetic changes in there tracks.  Your not hopeless for making a spiritual error.  With God all things are possible.

In theory.  From my observations of the events of the last three years since the end of 2020 I have made some hypothesis.  Also some predictions are facts.  I really don’t know what’s next but most feel something is coming, something big.

Never limit God He is not predictable whatsoever.  If you made a mistake “all things work together for the good to those who Love God” pray like never before. Praise and worship are your oil in the lamp.  Prayer is how God/Jesus gets to know us.  So He doesn’t say “I never knew you”.

The scriptures are no longer 100% accurate.  Please, don’t make the book God.  Not now.  The seal of Daniel for security is off the Bible.    Few believe us much less admit Amos 8:11 &12 is possible for God to allow.

Fear not for I am with thee.  My Staff and my Golden Sceptor shall comfort thee. Behold I come quickly and your reward is with me. Ye though ye walk through the valley of the shadow of death on Earth you shall not suffer neglect.  You shall soon know as well as ye are known.  Then remain these three eternal gifts, Love, Faith, & Hope, but the greatest is Love.

Help Others and Do No Harm

Love=Kindness toward others in many ways.  Spiritual Love is an action.  Not a yummy feeling like passion or lust.  We do not have to like anybody.  But we should treat all people with respect and compassion.  It is more blessed to give than to receive.

#1 Fact-The back scenes were and are straight up genome therapy.  Side effects being Cancer, and myocardial problems primarily.  Other effects.  Core level genetic changes to the human making them GMO Humans.  This is public record by facts released from the three back scene peddling corpses. (corporations)

#2 Hypothesis- Judging from the Georgia guide stones & the behavior of Wm Gates of Hell III Thee A. Christ who slaughters children in Africa and world wide.  Population annihilation has already commenced.  The elite have very likely used their DEPO research/experimentation and sterilized & worse 80% of humanity.

#3 Fact- We know the back scenes used animal proteins (beast dna).  We know the devices also have the keys to the cells nucleus.  We know that the Gates of Hell/elite seem to desire mixing men with animals.  I have recently seen many people on YT with Opossum or black rat eyes.  As if sterilization was not enough they have likely turned 50% of mankind into part animal of some sort.  Chimpanzee proteins (genome) are in the A.Zeneka brand.

#4 Fact   We cannot prove or say for sure what genetic (sequencing) changes they put in each back scene.  We CAN however know that with the Cancer cell lines (immortalized cell lines) they admit to, injected, the changes will be rapid and as a fast growing as a speedy malignant tumor.

#5  All we can do is sit back and watch.  Don’t believe the B.S. videos on rumble and so forth making serpent and and other sea creature claims.  Why?  The truth that is known of the science that is revealed by the corpses (that I studied for over 2 years by the way) is bad enough.  The rumble vids are to make truthers confused & appear ignorant so others disregard all Truth about the back scenes being a diabolical tool of evil men.  Arm yourself with the belt of Truth.

COINCIDENCE of Dark a Matter?

#6 Fact- Quantum computers that are problem solvers solve problems that would take normal computers eons to figure out.  THEY MUST BE KEPT AT SUB ZERO TEMPERATURES DUE TO THE atoms they are storing temporarily.  (Some say “dark matter)”.

#7 Fact-CERN is crashing protons again and will ramp up full scale and exceed previous crashes in June & July.  The dark matter they are allegedly acquiring during these crashes….such as “The God Particle” also require SUB ZERO TEMPERATURES TO STORE.

#8 Fact – And finally, the back scenes especially the Pie Zar back scene MUST also be kept at SUB ZERO TEMPERATURES to store in viles.  Perhaps the back scenes themselves have dark matter (anti-matter) nano particles in them, perhaps.

According to CERN Representing Physicists

Fear not, the New Earth comes.  God will not hang his children out to dry.  This is the hard part because we know something is coming but we just don’t know exactly what is coming.

Will the genetically changed GMO humans turn on their fellows?  We don’t know.  It depends on just how much animal is in them & which type genome.  Will they know they are changed?  They will likely lose the Divine Presence of God first that is given to all of mankind.  A precious pearl in a clay pot to be nurtured and cherished.

And men instead reject His presence, never nurturing The Spirit within.  And so it appears that the masses don’t even know they have lost the most precious gift given to mankind…God’s Divine Presence.

The Baptism of The Holy Spirit comes by the laying on of hands and prayer at alter call.  This is my experience with it.  It is for supernatural gifts just like book of Acts portrayed.

The walk of the chosen few.

First they walk the dark path their hearts seeking by desperation yet not knowing what they need and seek.  They die at least once so as to experience the descension.

Then they eventually escape the dark path with God’s help.  They are born again.  Their life changes drastically.  Some have joy unspeakable for long periods of time.  They seek God in every way they know how.

“Blessed are those who hunger and thirst for righteousness for they shall be filled.”

Then comes the Prodigal walk.  Boom.  The deadly prodigal walk supplies these born agains with all the experience they need to understand the depth and very breadth of God’s Grace and Love toward them.  They turned and yet God delivers them again.

They must pray the prayer to be saved from themselves.

They do not stay dead but they descend just as Jesus descended.  They walk the walk of Jesus in many ways.  They receive miraculous deliverance and healings from God.

And then at some point God pours out His Holy Spirit into them for spiritual gifts.  This is the purpose of Pentecost.   To receive gifts of God to be shared with mankind.

Is it possible for mankind to receive the Holy Spirt without prayer and the laying on of hands?  That is not my experience.  Everyone I know who received The Baptism of The Holy Spirit did so by prayer at alter call.