It causes alot of Work to realize you have a consistent enemy who attacks.

Make no mistake, the elite are smart.  They will use your own character patterns against you.  It helps to know your own emotional weaknesses  & patterns to repel enemies.  With God all things are possible. If we have been self destructive and realize it,  He delivers mankind from themselves and from deception if we ask.  Humility is a good thing.  We all make mistakes.  The serpent is cunning.  We have no right to condemn ourselves. 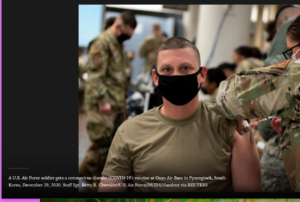 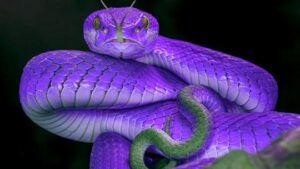 Fear Is Part of the Human Condition for Survival

Nobody wants to think they have an enemy who wants them sick or dead.  It’s exhausting to see and triggers much fear.  And it should.  Fear is for your survival and part of the human condition.  God gave us fear so we would act upon it not to be paralyzed by it.  Not to show denial.  And not to lie to ourselves when in fear.

There are soul sucking emotional vampires whom will use the good deeds virtue as a hook line and sinker to crush you and your emotional condition itself into hell.

“Look at me!  I am doing a good deed”.  Watch me pray on youtube for the world to see that I am virtuous.  Is public prayer bad?  NO of course not but motives matter.  The motives of a man reveal his heart.

To Obey The Image of the Beast Is to Be Lost

God won’t send you to hell for watching TV even if you admit that its the image of the beast written of in Revelation.  All have sinned.  We are raised on the TV as a comforter are we not?  Understanding that its the enemies best weapon is a good thing.  But know this, once you see the TV for what it is…to control the masses and not in a good way.  Movies and shows will never be the same to you.  I watch TV and I know its the image of the beast.

For example what did the TV image tell us in 3 years time?  “Wear a cloth mask to protect yourself & to help others or your not virtuous and safe” says the image of the beast.

PISH POSH says the learned in codependency who knows not to hurt herself by peer pressure of others.

We must Love ourselves first then Love others.  Its not okay to help someone if it hurts me.

This seamstress knows what evil lurks in all fabric.  Toxic and carcinogenic micro-fibers will pack your lungs if you put that shame mask on.   Virtue signaling on your face for several years on end hurts your entire respiratory system and cardiovascular.  I will not wear it not even for an evening.

Fabric dyes are known to cause Cancer.  I caught Cancer from dyes in fabric.  I know this for a fact because of a rare Cancer and some children in Indiana who swam in a creek by a dye plant.  Red, blue, green, pink flowed the creek.  Every one of those children who swam regularly in it caught a Fibrohystiocytoma Sarcoma.

Alleged SARS-Cov-2 bacterial particulates are smaller than any microfiber fabric and go right through most masks.  Have we forgotten how our immune systems work?

“But surgeons wear them”  they scream.  Why?  So they won’t spit on internal organs.

Not to mention plants live by our carbon dioxide exhale.  God made it that way.

What about the laundry detergents that smell oh so good?  Ya Cancer again. Research those for a day.  Its bad enough to put clothing on.   There is likely enough laundry detergent in that mask they are wearing to make a small animal sick if it breathed it for a day.  Yet the blind leading the blind have convinced most of the world that breathing toxins is “healthy, safe, and effective”.  My God people are still wearing them.  Three years of breathing toxic microfibers will have consequences.

There are some fabrics that are really bad such as polyester.   And others like cotton that are not necessarily as bad.  But they are all toxic unless you sun bleach them for a year or so and only wash them in clean water like from a natural water source.  Pound them out with rocks.  And still your breathing your own bodily carbon dioxide waste and limiting your oxygen intake to the heart.

The elite are proving the ignorance of the masses. They have done their job well to program most people.  But don’t be too hard on the masses.  For they do not have time to do the research on fabric and laundry detergents that the seamstress who survived Cancer does.

What about the surgical masks?  They are worse.  Why?  Because they are sterilized with likely both Chlorine & ethylene oxide or (PEG) Polyethylene Glycol.  One of the elites favorite carcinogens fast acting, effective for population obliteration.