Long Short of It two topics?

The following excerpt from the article in the new humanitarian says its okay and even vital to censor information on social media using posting bots.  They post their own agendas as if they were real people.  Not just be deleting posts but also posting calling it “FREE PLACEMENT” to have corporate dictators propaganda efforts accomplished.  This results in the twisting of the minds of those who are unaware of mind control and its strong successful manipulation of humans.

The U.S. made it legal to lie to the people back in 2012 by amending the smith-mundt act.  You can bet they are posting confusion on this amended law that at one time did protect the U.S. even though the media lied anyway.  As with Trump bad press draws empathy toward those being bashed.  Now Gates of hell is doing the same on SM as Trump since it worked so well for him.

Now Gates is being portrayed as a poor victim after all it works for Trump.  Gates of hell now a victim by those bad SM meanies who call themselves “truthers”.

Ever wonder why the middle class became programmed to receive shady biker tattoos?  When can speculate it was pre-programming for the mark of the beast tattoo.

The Gates of Hell denies being involved in quantum tatoo or rfid chips meant to track and trace.  Well here I show how they are tied to the micro array quantum dot record keeping by buying companies who are thick into such biotech.

Here they admit to doing shill/bot posting to all social media in mass.

“social media hence shall “provide free placement to the WHO and other official sources”. (world health organization – WHO)

The head of the World Health Organisation, Tedros Adhanom Ghebreyesus, has warned that false and fringe ideas can undermine international efforts to contain the coronavirus pandemic and sow panic, confusion, and division.

Research by the Reuters Institute for the Study of Journalism found that the largest category of COVID-19 misinformation involves “public authorities, including government and international bodies”. Social media platforms have made commitments to remove the worst misinformation and provide free placement to the WHO and other official sources. A recent addition to WHO’s series of “mythbusters”, for example, debunks false claims about 5G.”

“official sources” means -people with way too much money who want the people culled and ultimately controlled by bio-tech implementation into our bodies.  The mark of the beast is at hand.

The gates of hell argue below (in quotes) that the ID2020 group doesn’t work on microchips.  (Well quantum dot tatoos are not microchips now are they the argument is ridiculous when they admit they want to track vaccine records & luciferase and luciferin glowing is the key)

After all the delivery system is not the same as the vaccine itself this is where they play on our confusion of the two aspects of control.

“The non-profit, which does not work on embedded microchips, is falsely accused of being part of fictitious plans that allege Bill Gates supports mandatory vaccination and the implantation of microchips or “quantum dot tattoos” into patients.”  The foundation IS working with Rice University bioengineers (impliments gates of hell in quantum dot mark of the beast) also PATH the health organization that gates of hell donates to on a regular bases who are hard at work on advancing the microarray needle technology of record keeping and vaccine payload delivery.

The diabolical array of needles as a scorpions sting consisting of Plastic briers striking implementing and then decomposing/dissolving into your body once the drug “payload” as they call it is delivered.  And keeps a record to boot. 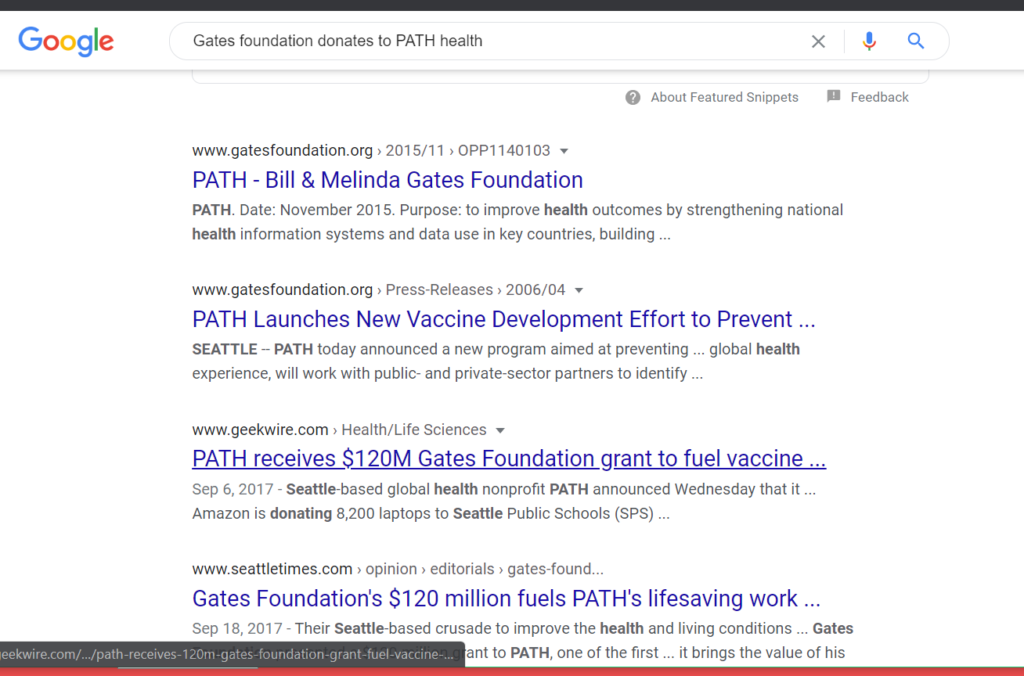 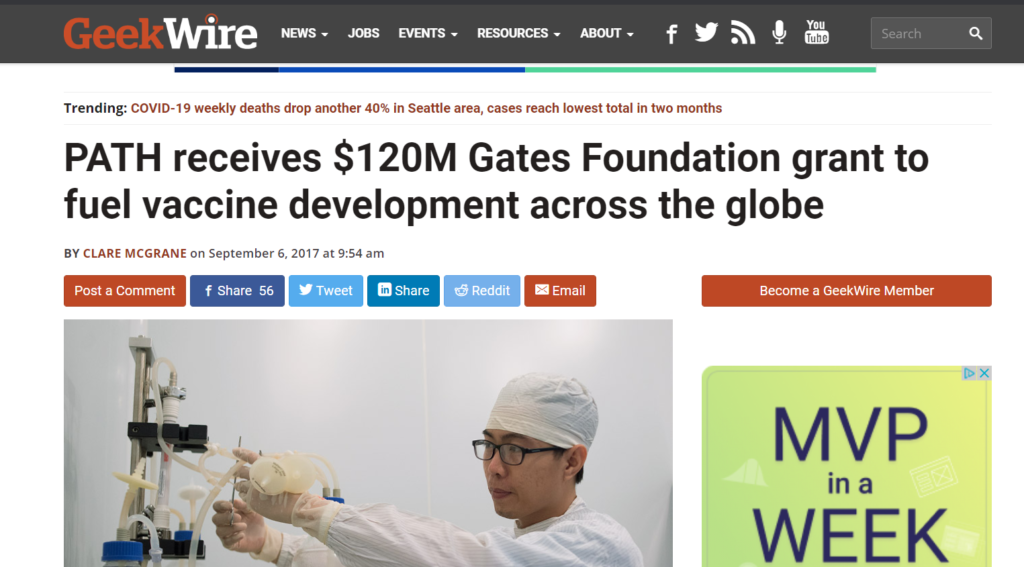 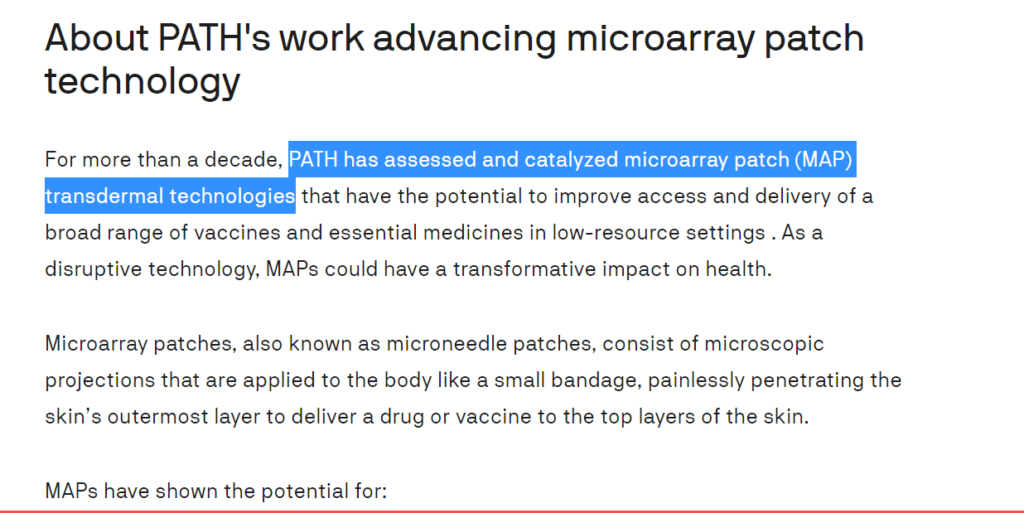 Gates of hell deny their vaccine company having to do with track and trace bio-tech.  But that doesn’t mean they are not closely working with factions who do work with quantum dot tatoos and plastic micro-array needle bandaid’s.

(source article https://news.rice.edu/2019/12/18/quantum-dot-tattoos-hold-vaccination-record/)
However here’s what Rice Bioengineer spokesman said about the B&M Gates of Hell foundation and their allege “problem keeping up with the (debt slaves) vaccine records”.  Claiming mothers don’t know if their own children are vaccinated on a large scale?  Really?

“The Bill and Melinda Gates Foundation came to us (says Rice bio-engineer) and said, ‘Hey, we have a real problem — knowing who’s vaccinated,’” said McHugh, who was recruited to join Rice with funding from the Cancer Prevention and Research Institute of Texas. “They said, ‘We go on vaccination campaigns where people get into Hummers, drive to a rural village, set up a tent and start immunizing people, but they don’t always know who’s been immunized before and what vaccines are still needed.”

And Here IS THEIR SOLUTIONS SO Just because the gates of hell don’t work with the quantum dot tatoo at the vaccine factory it doesn’t mean they don’t own patents connected to ID 2020 and are clearly using Rice Engineering to help with their vaccine records problem.

“McHugh said the team worked with a bioethicist to be sure the patients’ data remains protected. “She said we’re on solid ethical ground as long as people can opt out, like getting the patch with only the vaccine. Also, the patch with quantum dots only contains information about the vaccine received. It doesn’t tell you anything else about the person.”

The square-centimeter patches hold up to 16 tiny needles. “They don’t go very deep, which makes them theoretically painless and a lot easier for kids,” McHugh said. “They’re like putting on a bandage.”

Apparently mind control is not enough.  Censorship is not enough.  School for brainwashing, not enough. TV propaganda not enough.  Dumbing us down by chemical poison’s and shortening our lives NOT ENOUGH!  NO, they say!  The people must be nothing short of our robots/half human half tech.  We own you.  You are here for our bidding and we give you no leave.

Most people make the mistake of judging others by their own heart.  The controllers are not like us. They have no conscience.  They have no care for their brother.  They have no empathy, they lock moral standards.  “do unto others as you would have them do unto you” is far from them.

How do I know?  Research food for starters and go from there.

If contract tracing is really implemented we’re all fu**ed where freedom is concerned.  Furthermore the people I have been meeting in real time at stores and in  public who wear masks religiously are violently opposed to those who put freedom above propaganda.  They are the Hitler sympathizers of our time.

And don’t think Hitler didn’t have his own mind control going on.  You can bet there were a majority who agreed on the death, murder, genocide of millions of Christians.  Yes Christians no Jews.

I say it wasn’t Jews at all who were being killed in the last holocaust but rather true Jesus believing Christians who are always the victims throughout history & time.  Those who write the books lie and stick as close to truth as they can.

The Jews wrote the book on the holocaust to make them appear to be beyond reproach.  The Jews saw a way to make themselves the great and honorable victims beyond reproach by status quo.  So by suffering such an alleged violence in the past we are to worship them as we would the Cancer victim whom no one can accuse of anything.  Or like those who have died whom we are socially not aloud to speak negatively of.  Screw status quo, it is not Truth.  See “Know More News” on Youtube on that topic.